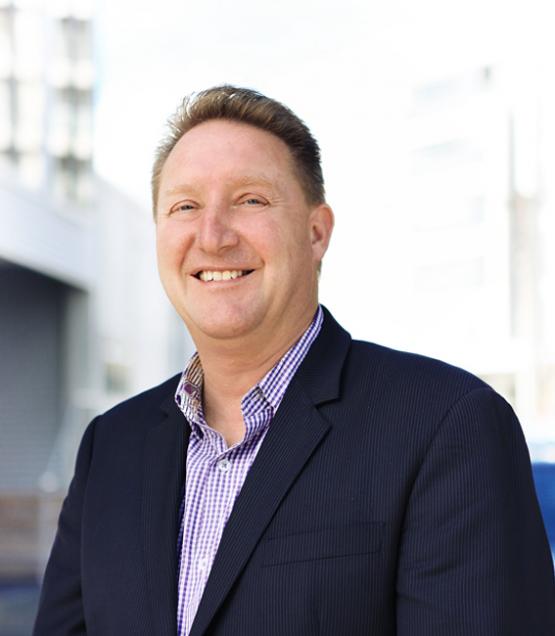 My background roots are from Titirangi, West Auckland, where I have lived most of my life. I’m now living in Oratia with my wife and two children.

After 16 years of owning and building up a busy successful trade/retail business, serving an estimated 30,000 customers in West Auckland, it was time to move onto a new venture in 2006.

With a professionally trained background in real estate, negotiating and marketing, you will be receiving maximum skill and effort in the way your home is introduced and presented to the market, providing you a custom designed plan to ensure that the right buyers discover your property first and making sure they will pay the most.

As a leading performer I back myself in that I can achieve you a better result and offer you far more value. Anyone can sell property, but selling for the best possible price is a completely different matter.

I look forward to providing you with professional first class service and working hard with you to achieve the highest possible price for your property.

Over 90% of my business is repeat and referral, which is a reflection of the quality service and outstanding results I provide my clients
Steve Isbill

26 Seabrook Avenue
New Lynn
Discover this delightful and glorious brick family home that offers all the personality and charm of a bygone era.

Steve Isbill
56B Woodglen Road
Glen Eden
Come and discover this delightful three-bedroom home that's has been professionally redecorated and is bound to impress!

We felt that Steve's method provided a flexible process for potential buyers, resulting in more interested purchasers, while achieving fantastic results for us as sellers.

When we decided to sell our house, we interviewed five different real estate agents, to make sure we selected the right one.  We asked some of them to come back for a second interview and Steve was by far the most passionate and the most convincing of all.

The marketing plan was very well executed and the Set Date of Sale proved to be a total success.

Five days only after our house was on the marker, Steve had collected eight great offers!

We picked the best offer and we still had the luxury of two fantastic back up offers in our hand to seal a very good price for our home.

Steve has shown excellent negotiation skills and he knows perfectly how to execute and make the most of the Set Date of Sale method.

I highly recommend Steve to anyone looking for a professional and skilled agent to sell their house.

Steve shone above all others due to his professionalism and proactive approach to securing me as a client.  He was reliable and over exceeded my expectations.  The property was exposed immediately through his own database and fast action to advertising and marketing.

I was presented with two offers after the first open home (five days after listed) with a successful, stress free, unconditional contract shortly after.

If you want results, I highly recommend Steve Isbill to any prospective seller and wish him all the best for the future.

I have recently purchased a property in Kereru Street, Henderson through another Auckland Real Estate agency with the express purpose of renovating the home and on selling it.  My objective was to find an agent who was familiar with the area, its present values and was passionate about selling real estate.  At that point in time I had no idea who Steve Isbill was.

Having narrowed it down to four possible contenders to on-sell the property, on interviewing them all, Steve stood out head and shoulders above the rest, suggesting a marketing plan using the ‘Set Date of Sale method’.  To be honest, the results he was quoting (from his recent sales using this method) sounded almost too good to be true, but after considering the potential benefits I decided to run with it.

Well, within seven days of marketing the property we had a multi-offer situation, with five offers, one in particular being substantially higher than the rest which was more than acceptable to us.  What more could you ask for…..but it gets better! 45 minutes before our deal was due to go unconditional (and it was almost guaranteed it would), Steve arrived with yet another substantial back up offer just in case it was required.

The results Steve achieved spoke for themselves.  I would highly recommend this form of marketing to anyone considering selling their property through Steve and the team and Harvey’s office Te Atatu.  To confirm the above success story I recently learned this particular branch of Harvey’s is the top performing office in the country which I think is largely attributed to this form of marketing, and also having the right people on the team such as Steve.  Steve did all, and more than he said he would, keeping us informed at all times, on all aspects of the sale process, a rare commodity in today’s’ business world.  I have no hesitation recommending Steve and the ‘Set Date of Sale’ method in the present market.

This reference is to acknowledge our 100% satisfaction in all aspects of our dealings with Steve Isbill from Harveys.

From our initial consultation we found Steve to have a genuine interest in our property and showed great enthusiasm.  Heeding Steve’s advice we followed his marketing strategy and his plan to use Set Date of Sale which was very new to us and he explained the process extremely well.

The result was fantastic, two offers were presented to us in the first weekend of open homes which ended with our property being sold.  Of course we are very delighted and we would definitely use Set Date of Sale and Steve’s service in the future without a doubt.

Even after the sale of our property Steve has gone above and beyond in offering us a wealth of advice in our future real estate endeavours.  We wouldn’t hesitate to recommend him to anyone who wants commitment, honestly and fantastic positive results.

Submit your information and we'll be in touch shortly

Fields marked with an * are required